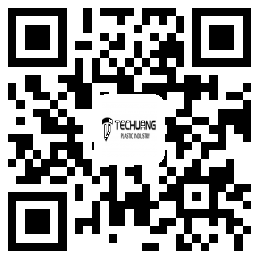 How much do you know about the market demand of ACR?

ACR is commonly used in industry, and many people do not understand. How much do you know about the market demand for ACR?

ACR material products are indispensable to our lives and work. Due to the extensive use of ACR materials, the market demand for ACR products is also growing. As a result, the plastics processing industry is more active in finding effective methods and filler materials. In order to achieve lower production costs, improve product technology and increase production efficiency. At present, commonly used polyvinyl chloride impact modifiers are acrylic (ACR), chlorinated polyethylene (CPE), methyl methacrylate/butadiene/styrene copolymer (MBS), ethylene/acetic acid Ethylene copolymers (EVA), acrylonitrile/butadiene/styrene copolymers (ABS), among which ACR impact modifiers have the best overall performance. It can effectively control the phenomenon of melt fracture, promote the plasticization of PVC and improve the quality of plasticization. Although the amount of ACR added in the formula is small, the impact on the processing performance of PVC is relatively large.

ACR was first developed by Rhom & Haas in the 1950s as a processing aid and impact modifier for PVC. Because the PVC with ACR has the advantages of good processing performance, tensile strength, modulus, high heat distortion temperature, and excellent weather resistance, the consumption of ACR in the world has increased rapidly in recent years. In the United States, the amount of ACR has exceeded MBS, making it the largest amount of polyvinyl chloride resin impact modifier. The United States consumed about 32,000 tons in 1991, accounting for 34% of its total sales of impact modifiers. By 1996, the consumption of ACR in the United States reached 47,000 tons, with an average annual growth rate of 8%, accounting for 17.1% of its total sales of impact modifiers. According to the current development trend, the demand for ACR in the future will remain relatively low. High growth rates, especially in developing countries. Due to the strong demand for housing, the construction industry will continue to grow because ACR is particularly suitable for PVC profiles and pipes. The demand for PVC hard products in chemical building materials will grow rapidly, and these PVC used in buildings Products, especially those used outdoors, have high requirements for their resistance to outdoor aging and require the extensive use of ACR, which will prompt the rapid growth of ACR demand in developing countries.

Previous article:
Stabilizer additive properties and classifications do you know
ACR is a kind of PVC processing aid
Next article: